Bryan Braddock scored another victory in his battle with drug addiction Wednesday in Columbia. 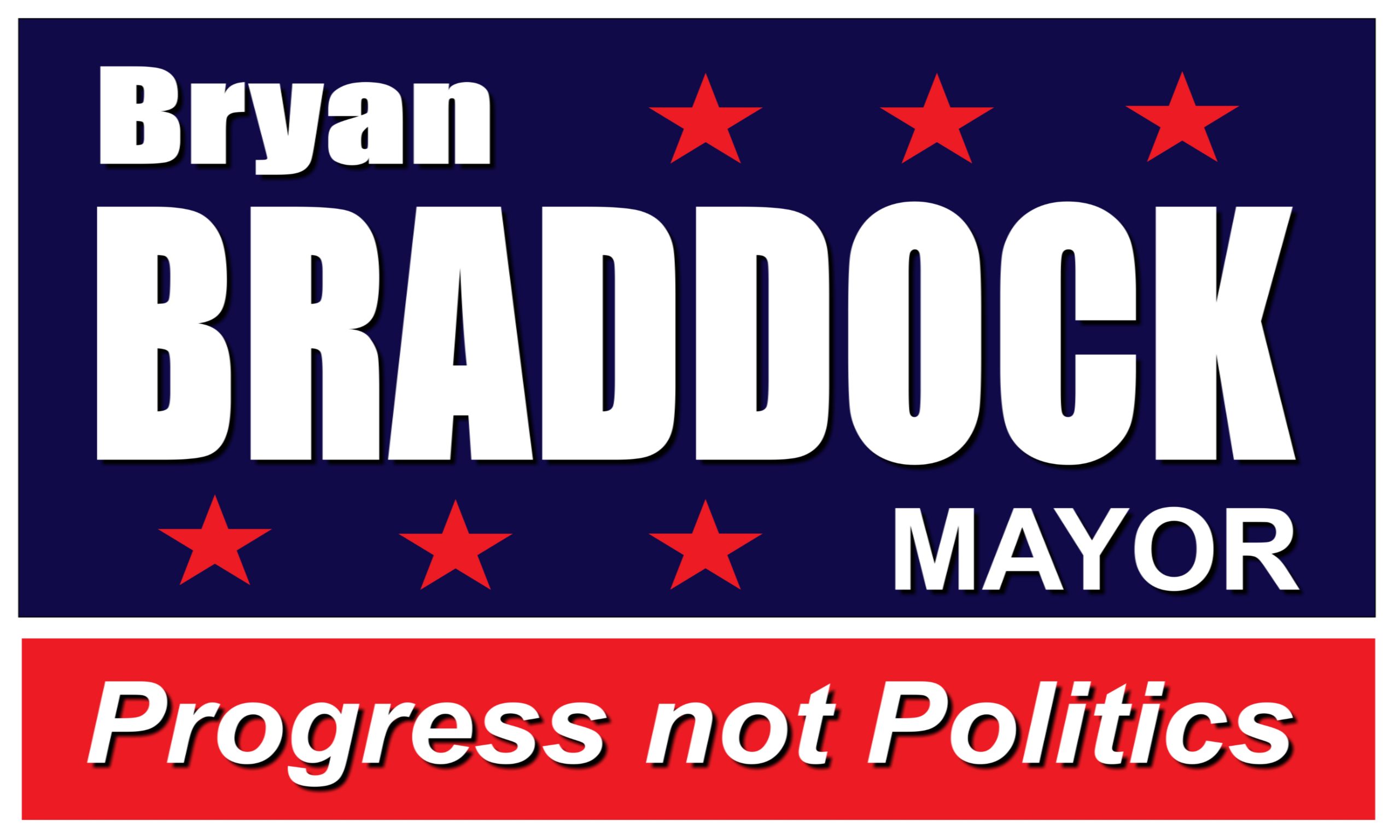 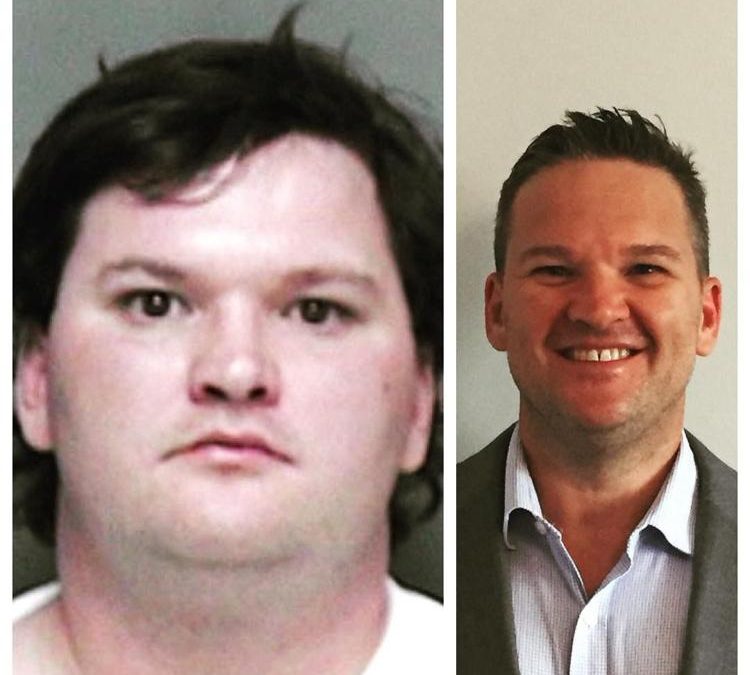 Braddock, the executive director of the House of Hope of the Pee Dee, was pardoned of the four felonies on his record that resulted from a struggle with addiction to opioids and crack cocaine.

His struggle with drug addiction began with a back injury.

“I had a landscaping business and I had a back injury cutting a tree down,” Braddock said. “And then I started taking pain medication for that. It [the pain medication] helped with the pain but it also helped with a lot of other things. “

He moved into real estate sales and development as his addiction to the pain medication grew. Braddock started to take Adderall to work 70 or 80 hours per week.

“When the prescriptions ran out, I started to look for drugs on the street,” Braddock said.

Braddock’s drug habit was expensive. He estimated that his addition was a $300 per day habit.

“It was a painful for time for me and my family: my mother, my wife, my children, and my business partners and associates,” Braddock said. “Drug addiction is painful on anyone within arm’s reach of the person that’s addicted.”

He said he started to resent everyone around him that he thought at the time was trying to hurt him.

“I was chasing the money and not making very wise decisions,” he said.

Soon, he began bouncing checks. Those bounced checks — he mentioned two, one for $10,000 to a local vendor and one for $5,000 — resulted in the four felonies he was pardoned of Wednesday.

When he was arrested and charged in February of 2005, Braddock’s one phone call was to Dean Lisenby.

“He was actually the one I called from the jail,” Braddock said. “

It was his business partner, Brett Butler, who told him to get help. Butler suggested the Reformers Unanimous program at Florence Baptist Temple.

“I sat outside in the parking lot and smoked a pack of cigarettes,” he said.

When Butler asked about the Reformers program, Braddock’s answers were vague and Butler could tell he hadn’t gone.

Butler then attended the next session with Braddock.

Braddock added later that Butler’s decision to attend and support him made all the difference.

Steve Currington, the founder of the Reformers Unamimous program at the Baptist Temple, said something that stuck out to Braddock.

Braddock said that Currington’s message that a person can’t fight a spiritual program with earthly weapons pushed him to seek additional treatment. He made the difficult decision to enroll in a Reformers Unanimous clinic in Rockford, Illinois.

He stayed there six months.

Braddock began to build a relationship with Jesus while he was in Illinois.

As that relationship grew, Braddock found himself letting go of the anger, frustration and resentment he had felt. He said he realized that everyone around him was trying to help him fight his addiction.

“I found that God had a purpose for me and my life,” Braddock said. “And it wasn’t to destroy myself and everyone around me with my drug addiction.”

“That is where my hope and strength is found in,” Braddock said.

Even through other tragedies like the loss of his daughter, Hope, and his mother, Braddock said he found comfort in knowing that there is always hope and that hope is found within Jesus.

Prior to entering the program, Braddock had been told that he would have the cravings for drugs each day. Once he got to Illinois, he remembers thinking that it had been three days since he felt like using drugs.

‘I finished that program on Mother’s Day in 2007,” Braddock said. “It’s the best Mother’s Day gift I ever gave her.”

He returned to Florence for a couple of years before becoming the men’s dean at the Reformers Unanimous clinic in Illinois.

Braddock stayed there for a little over four years.

“Then, my wife and I we were having our fourth daughter at the time and we wanted to come back home,” Braddock said. “We moved back home.”

“I called him 14 years ago and told him to let my wife know that I was in jail,” Braddock said. “Six years ago, he called me and said, ‘Hey, Bryan, we’ve got a position here at the House of Hope. And we’d like you to work here.’”

Braddock had long wanted to remove those felonies from his record but never had the $3,000 to $4,000 to do so.

A chance meeting with George Cauthen, a lawyer with Nelson Mullins, when Braddock was working with City Judge Debra Jackson to establish the city’s homeless court program, helped Braddock to get his pardon.

Cauthen told Braddock that the drug court program in the state did not handle felonies but added that he would check with his law firm about representing Braddock pro bono.

“And that’s what they did,” Braddock said. “The law firm of Nelson Mullins and George Cauthen and Bill Latham, they represented me for free through the pardon process.”

The pardon process includes a hearing where Braddock could have up to three people testify on his behalf.

“I didn’t know who to have testify,” Braddock said. “My prosecutor, the gentleman who prosecuted me for my felonies 14 years ago, he was the one who spoke on my behalf.”

Braddock didn’t know whether he could say the prosecutor’s name or not.

South Carolina court records do not indicate the name of the prosecutor in Braddock’s case.

At the House of Hope, Braddock is tasked in part with helping those struggling with addiction.

He said he can provide hope. 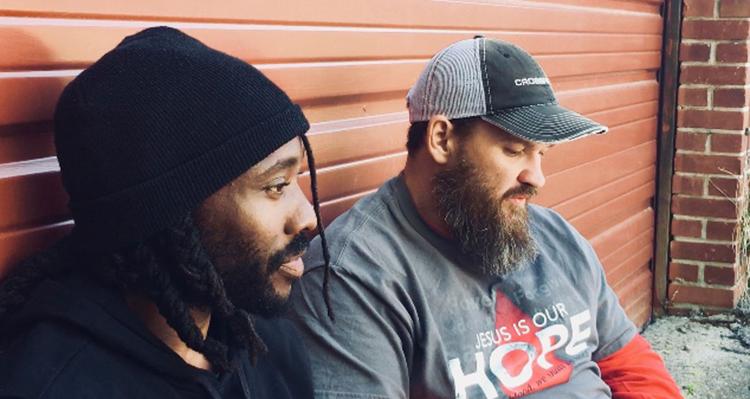 A lesson in homelessness: ‘You give to other people’ 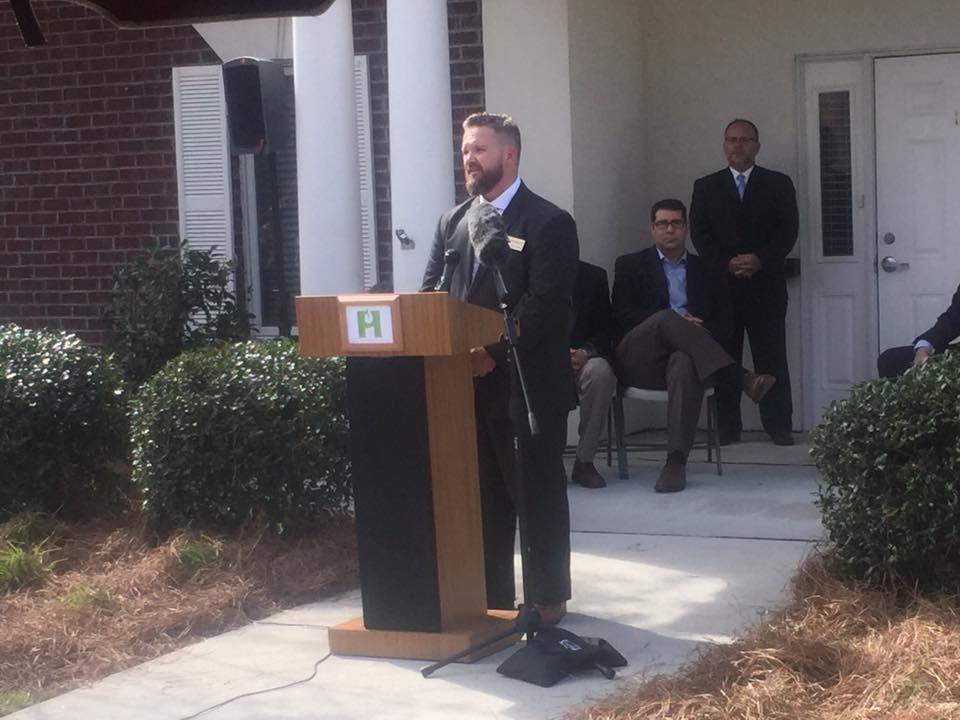